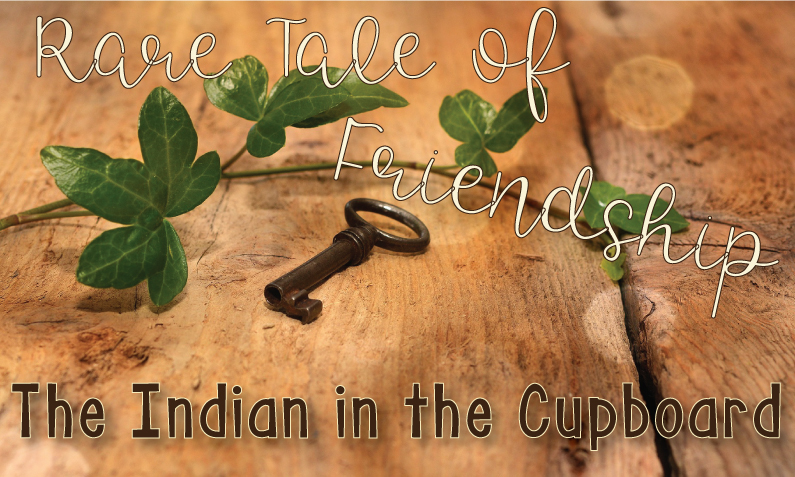 Rare Tale of Friendship: The Indian in the Cupboard

The Indian in the Cupboard was first published in 1980 and was so popular it was made into a feature film in 1995. A fantasy that both boys and girls can relate to catches the interest of the most reluctant readers.

Summary of The Indian in the Cupboard*:
When Omri’s big brother has no birthday present for him, he gives Omri an old wooden medicine cabinet he’s found. The cabinet doesn’t seem like much of a present to nine-year-old Omri until he deposits inside it another present he receives for his birthday: a miniature plastic Indian. His mother comes up with a key for the cabinet, and the real magic begins. When Omri turns the key once, the Indian, named Little Bear, comes alive; but turn the key a second time and it’s an ordinary plastic Indian again.

Author Lynne Reid Banks effectively blends the common elements of everyday life with utterly believable fantasy. The first book in this best-selling series enchants readers, while at the same time, reminding them of the responsibilities that accompany friendship and love. Omri’s heart-wrenching decision to send his Indian back to its own world brings up issues of separation for both parents and children alike.
*(from the book jacket)

See what people are saying about The Indian in the Cupboard by The Teaching Bank!

I offer a complete novel study to accompany The Indian in the Cupboard for use in the classroom or homeschool. The unit includes both a printable format and a Google Drive™ format for use in a paperless classroom or with Google Classroom. 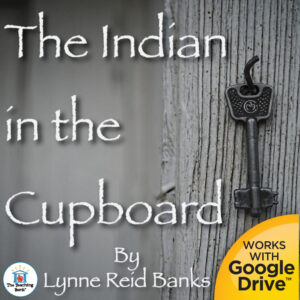 This is a great novel to accompany a study of:

In the years since this book was published there has been controversy regarding the way the author portrays the Little Bear character with erroneous stereotypes of Indigenous Peoples. I have to say that there is truth to this controversy, however, I don’t feel it is worth not using this novel. A better way to expand the knowledge of your students is to acknowledge the stereotypes as you read. Discuss them. Learn why they are wrong and help your students learn the proper history of Indigenous Peoples. You have the opportunity to use the positives that this book offers while at the same time opening their eyes to how literature and history of the past have not always been the most truthful or appropriate in their portrayal of certain groups. It is a good lesson to use to teach how fear has driven stereotypes. This book is a great example of how two people of very different backgrounds can find common ground and become allies.

The Indian in the Cupboard, written by Lynne Reid Banks, is a wonderful book to use for a novel study or for literature circles in the classroom.